Guys, I’m not trying to brag, but I’m pretty good at Facebook. Possibly too good. Sometimes my own parents will say they don’t need to talk to me because they already know what’s on from my Facebook. Here are 10 things I’ve learned about Facebook, starting with the obvious.

Obviously, I’ve been guilty of this. Sometimes, I still am. What can I say, I’m a sharer. You don’t want to be that person people hide because they’re sick of your kid photos. But sometimes, your kids capture parenthood so perfectly and it just needs to be shared with the world. Sorry not sorry.

2. Interact with people you want to see more from.

Some of my favorite people in real life are fairly vanilla on Facebook. Conversely, some of my favorite people on Facebook are people I’ve never even met in real life (shout out to BBB). So I comment on their stuff regularly and that way, their posts show up in my feed more often. Likewise, hide the one you don’t want to see. They don’t have to know!

Don’t comment on a photo of a cute dog or baby, just “love” it and move on with your life. Otherwise, prepare to be alerted for the next 3-200 days with notifications about other people commenting on your friend’s photo. “So cute!” “Squeeeeee! Adorable!” “OMG, stop it!” Seriously, stop it.

4. Be generous with your likes.

They don’t cost you anything.

What? We have 55 friends in common? I’m sure I just don’t recognize this name. OR, YOUR HIPPOCAMPUS ERASED THE MEMORY OF THIS PERSON’S NAME FROM YOUR BRAIN BECAUSE IT’S PSYCHIC AND KNEW SHE WAS A PSYCHO HOSE BEAST (HI, WAYNE!) WHO WOULD ONE DAY MAKE YOU RE-WATCH SINGLE WHITE FEMALE AS A TRAINING FILM. I accepted a friend request from such a person; we’ll call her “Jan Carson.” Jan Carson proceeded to like every single thing I posted within seconds (and this was before there was a “follow” option; this was old-fashioned stare-at-your-computer following) and make increasingly alarming comments like, “Where is Matty in these photos?” (you know, my husband whom she’d never met), and “Aw, your grandparents look great at 93. Mine died at 94.” until I did the modern day version of telling her I moved and hiding behind the bushes every time she biked by (i.e. telling her I was thinking about quitting Facebook and then blocking her). I still have a t-shirt my friend Jonah made that says, “Jan Carson likes this.”

Because your account will get flagged and you’ll be unable to post photos for two weeks, right before Christmas. Hypothetically speaking, of course.

8. Organize your photos into seasonal albums in a timely fashion.

What’s a timely fashion? Based on the thousands of photos in my “Instagram” album on Facebook, I clearly don’t know. Just don’t wait until there are so many photos that you’d need to take a vacation day to organize them while binge-watching UNreal. Actually, that sounds pretty awesome. I’m calling in sick tomorrow. 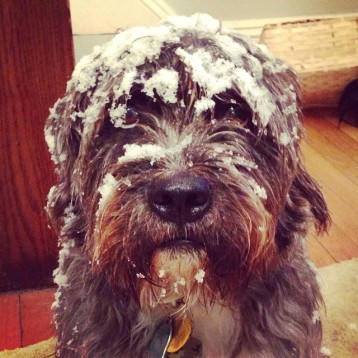 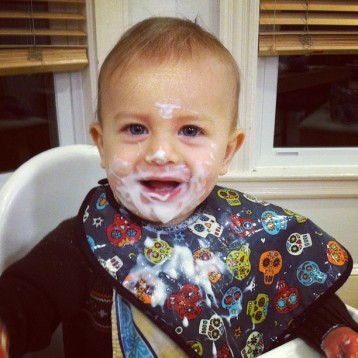 (Did find these gems though.)

Anything I missed? Tell me in the comment section.