Obviously, I could write a doozy of a list about ways that 2016 sucked. But I’m too sad about Bowie and Prince, and too mad about the witless f*cking cocksplat to talk about them any more. This year, I attended a Life is Good Children’s Foundation event called Art of Optimism. It was, as the name suggests, all about the power of optimism. So let’s look on the bright side. Here are ten ways 2016 didn’t suck!

I usually can’t watch scary things, especially anything paranormal, but I made an exception for Stranger Things. I couldn’t resist the 80’s nostalgia, the D&D nerds, or the triumphant return of Winona Ryder. And while I can’t watch scary things, I just don’t watch musicals. Not my jam. But Crazy Ex-Girlfriend is so clever, hilarious, and unique, it can’t be classified as a musical. Yes, the characters frequently break into song, but the songs are things like, “You Stupid Bitch” (which the heroine sings to herself) and “Textmergency.” Bonus honorable mention: The OA is pretty cool so far.

2. I Indulged in a Second Summer of Slackerdom

In 2015, I took a hiatus from my job to hang with the kids for the summer. And while they were/are two crazy kids with occasionally terrible taste in music (Who let the dogs out? I don’t know, but do we have to keep asking over and over again?), there’s no one I’d rather spend a summer with. So this summer, I did it again. We built and destroyed a hundred sand castles, waged an epic war against seagulls, and ate at least George’s body weight in ice cream. It. Was. Awesome.

I once saw this pan in Lillian Vernon that snaked around in zig zags so that there was more brownie edge, but I felt silly buying it and I’m not really much of a baker. Brownie Brittle is all crunchy brownie edges, but without the baking or the shopping from Lillian Vernon! Nailing it, 2016!

4. The O’Rourke Children Displayed Their Genius

George invented the term “cheese cookies” to describe nachos, and also channeled his inner Ralph Wiggum during our pet discussion.

Hazel: When are we gonna get a pet or another kid?

George: Maybe a 9-year old, for a month.

Me: Would you rather have a kid or a pet?

George: I want a puppy that’s a little squirrel!

And Hazy wrote this, literally the funniest joke I’ve ever heard:

I don’t like to brag (actually, I do, I just don’t like to be obvious about it), but I’m pretty good at Facebook. Perhaps too good, because sometimes my real life friends and even parents, assume they know what’s going on with me because of the Facebooks. Well guess what? One time I ate nachos and I didn’t even post it on social media. So there’s some stuff you don’t know! That’s how Project Beer & Nachos came to be. It’s all about seeing friends in real life, and of course, eating more cheese cookies and drinking more beer (or wine, or adult milkshakes).

There are a lot of chain letter-y things on Facebook, and this was one of them, but I’m so glad I did it. The idea was that you just had to send one book – a favorite – to one person, and then you’d get books from all the friends of your friends who participated. I must have some awesome friends and friends of friends, because I hit the book jackpot. I have about 25 books in the to-read pile, including some directly from my Goodreads to-read list. The funnest part was seeing the diversity of favorites and the personal notes some people sent with their selections.

7. These Pups Found Their Forever Homes 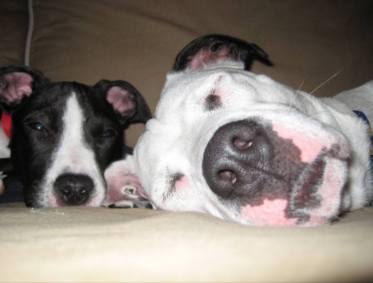 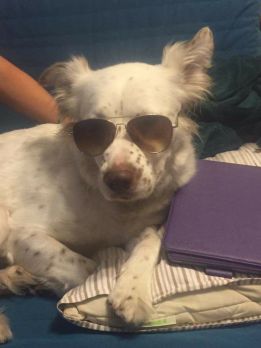 Let’s not forget Tad Cooper! I know I can’t. 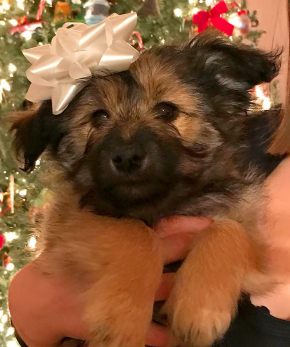 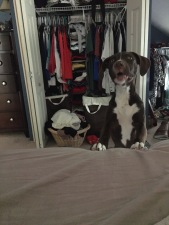 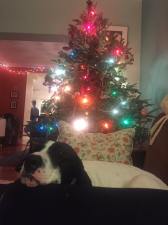 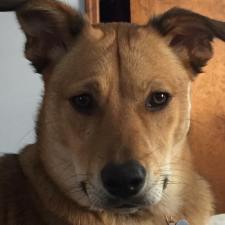 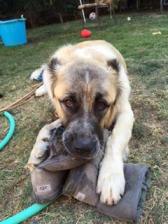 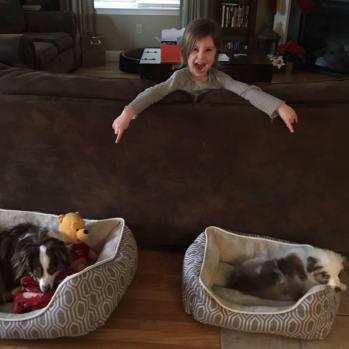 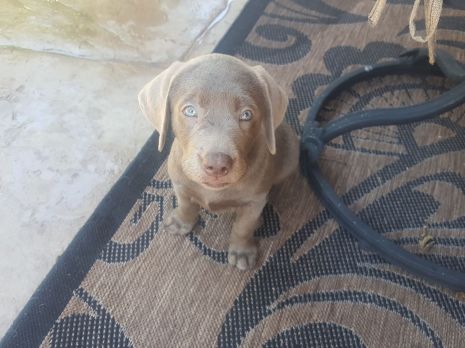 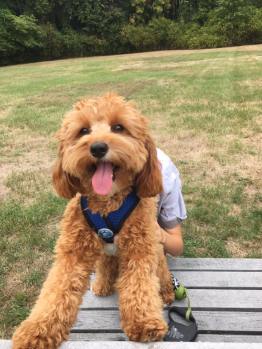 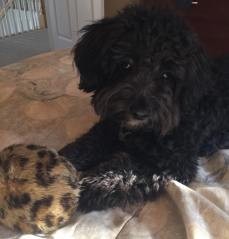 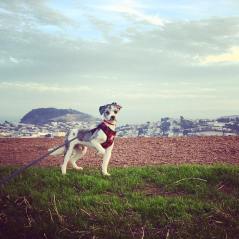 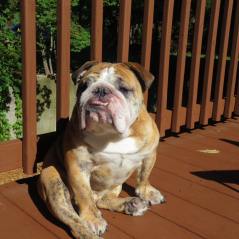 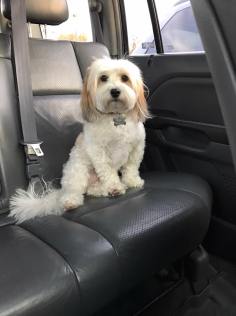 Okay, one of these guys (bottom photo) is an impostor, but don’t feel too sorry for him. He’s  in training at Guiding Eyes for the Blind, so he’ll go on to do big things.

On a side note, if you’re ever feeling down, ask your friends on Facebook to post pictures of their new puppies. Awws for days!

Speaking of awws, perhaps you’ve heard me talk about my grandmother, Nana (rhymes with sauna), the Cutest Person In The World.

This flawless specimen of a human being turned 99 in March. She exercises every day (walking and tai chi), takes no meds besides vitamins, and can kick our entire extended family’s ass at mahjongg. She’s also the kindest person I’ve ever known. Getting to celebrate her 99th birthday with her was a huge highlight of 2016 for me.

Black, white, men, women, rich, poor, gay, straight – we all learned to appreciate each other and our differences. Just kidding, we’re all still a bunch of “aceholes”, as a Russian gypsy woman once called us on a Coney Island-bound F train circa 2006 (say it out loud to yourself with a Russian accent. You’re welcome).

Are there more ways 2016 was less-than The Worst Ever? Please add them if you got ’em, in the comments section.